The Best of Irish Film at CIFF20

We are delighted to open the Festival this Sunday, 8th November, with our 65th Anniversary Gala, the Irish premiere of  ‘The Racer’. Read on for the full programme of homegrown movie magic.

With only ‘two sleeps’ until Opening Night it’s time to plan your Festival! Ticket capacities are limited for all films so download the CIFF2020 App to pick your films and pre-book your tickets.

See the Best of the Fest with a Digital Pass

Directed by Kieron J. Walsh and set in the Summer of 1998 when the Tour de France passed through Ireland, ‘The Racer’ is an exhilarating action film and dark comedy that packs an adrenalin-filled punch right to the finish line.

Pop a cork (and some popcorn!) to toast the opening of the 65th Cork International Film Festival! Join us for ‘CIFF2020 Live from the Living Room’ a pre-screening live stream chat with director of ‘The Racer’ Kieron J. Walsh and cast member Tara Lee, hosted by Red FM’s Dave Mac. Tune in at 7pm on Sunday at corkfilmfest.org or any of our social media channels for chats, laughs, drinks and more!

Calling all film fans and cycling enthusiasts! We have teamed up with The Bike Shed Cork to offer one lucky film fan the chance to win:
2 x €50 Vouchers for bike sales, repair or service
€100 of cycling accessories
PLUS
All Access Digital Pass to see every film in the Festival!

To enter email competitions@corkfilmfest.org with the titles of as many films as you can identify in the #CIFF2020 trailer. The prize will be awarded to the person who correctly guesses the most films!Competition closes at midnight on Saturday. The winner will be announced by Red FM’s Dave Mac on CIFF2020 Live from The Living Room streaming live across our social media channels on Sunday 8 Nov at 7pm.

To celebrate the 65th Edition of Cork International Film Festival our Hotel Partners The Metropole Hotel and The Montenotte have created two bespoke cocktail recipes for our audiences to make and enjoy at home.
So break out the fizz and channel your inner mixologist! 🍾

Method: Place all ingredients in a cocktail shaker. Shake for approximately 1 minute. Strain into chilled glass. Top with 3 pieces of toffee popcorn.

Top Tip From The Metropole Mixologist: Enjoy with some ice-cream, popcorn or our top recommendation ‘Green & Blacks Butterscotch Chocolate’.

‘The Cameo Royale’
The Montenotte Hotel for the Irish Gala ‘The Bright Side’
Ingredients:
30ml of Vodka
20ml of Aperol
20ml of lemon juice
20ml of strawberry purée
Dash of grenadine
Method: Mix all the above ingredients together and top up with Champagne.

Made soon after the events it depicted, Irish Destiny was the first indigenous fiction film dealing with the War of Independence in Ireland. Denis O’Hara (Paddy Dunne Cullinan) joins the IRA after witnessing British aggression in the village of Clonmore. He is shot, wounded and imprisoned, but escapes from the Curragh Camp in time to save fiancée Moira (Frances MacNamara) from the clutches of villainous poitín distillers. The drama is seamlessly punctuated with newsreel footage depicting real events such as the sacking of Cork in December 1920 and the burning of Dublin’s Customs House in May 1921.

A 35mm print of the film was restored and repatriated from the US by the IFI in the early 1990s. World-renowned composer, the late Mícheál Ó Súilleabháin, created an orchestral score which breathed new life into this silent film. This is a work of majesty which elevates our understanding of the forging of the modern Irish state.

Newsreel Cine Concert: a short (approx. 15 mins) selection of British and Irish newsreels relating to Cork in the 1920 period – including the funeral of the Lord Mayor Terence MacSwiney (October 1920) and the burning of Cork (December 1920) – will be shown with musical accompaniment by Cork violinist Brendan Garde.

Irish Gala: ‘The Bright Side’
Stand-up comedian Kate (Gemma-Leah Devereux) thinks her life has no meaning and is not worth continuing. When she’s diagnosed with breast cancer, even the universe seems to agree with her. However, a close encounter with death – and four other women on the chemo ward – might just change her mind and even her life. Ruth Meehan’s directorial debut offers black humour, cynicism and trust in the power of friendship and love in a perfect and refreshing blend of poignant and funny storytelling.
World Premiere
Online: 8.30pm Mon 9 – Sun 15 November
Book Now

Documentary Gala: ‘Castro’s Spies’
‘Castro’s Spies‘ recounts the experiences of an elite band of Cuban spies who led dangerous double lives in the 1990s, living and working in Florida with fabricated identities. Told from the perspective of these men and their families, the documentary provides impressive unprecedented access to the so-called ‘Cuban 5’, weaving a fascinating narrative of intrigue, intelligence and espionage, set within the context of the highly fraught US-Cuban diplomatic relationship.
World Premiere
Online: 8.30pm Tue 10 – Sun 15 November
Book Now 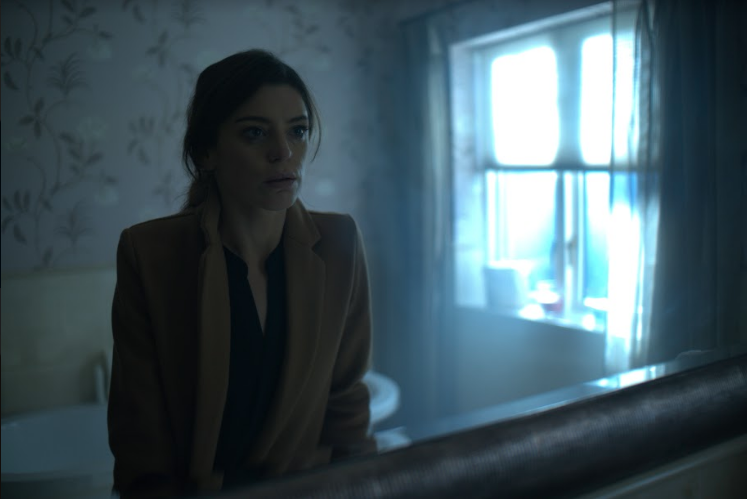 ‘The Edge of Chaos‘
A compelling debut feature exploring the consequences of dark familial secrets, ‘The Edge of Chaos‘ follows the well-respected and wealthy Keenan family, and the reverberations made when their alcoholic daughter Carrie attempts to blackmail the family patriarch Derek over his corrupt business dealings. An extremely powerful and realistic dissection of how unhealed wounds and unexpressed grief can shatter families, it scrutinizes what lies beneath the veneer of often polished surfaces, and the insidious nature of repressed emotion and unresolved trauma.
World Premiere
Online: 6.00pm Tue 10 – Sun 15 November
Book Now

‘The Castle‘
Monika, a thirteen-year-old Lithuanian girl and aspiring pianist, lives with her mother and grandmother in Dublin. While Monika dreams of performing in the mysterious  ‘Castle’, her hard-pressed mother sells the family keyboard, forcing Monika to take extreme measures to get it back. Beautifully shot by cinematographer Michael Lavelle, this coming-of-age story by writer/director Lužytė offers rare insights into the lives of economic migrants in Ireland.
Online: Thu 12 – Sun 15 November
Book Now

‘
Wildfire‘
Sisters Lauren (Nora-Jane Noone) and Kelly (Nika McGuigan) grew up on the Irish border. One day Kelly disappears without trace and when she suddenly returns, a year later, the sisters realise that in order to survive they will have to confront the truth of their mother’s death. First-time feature director Cathy Brady, (a CIFF shorts alumnus), combines a unique visual style with an emotive, striking story, and draws strong performances from both leads.
Irish Premiere
Online: Wed 11 – Sun 15 November
Book Now

‘The 8th‘
Reflective, considered and highly evocative, ‘The 8th’ depicts the struggle of activists in the lead-up to the 2018 Irish abortion referendum. Though the film respectfully addresses both sides of the debate, it is rooted in voices from the pro-choice campaign, positioning it within the history of the 8th amendment, the grassroots abortion rights movement, and the build-up to the 2018 referendum, and coalescing into a powerful reflection of the progressive changes in Irish society in recent times.
Online: 6.30pm Thu 12 – Sun 15 November
Book Now

‘Home is a Sacrifice Zone‘
‘Home is a Sacrifice Zone‘ is an emotive and highly personal account of the controversial issue of hydraulic fracturing in Ireland. Told from the first-hand perspective of filmmaker and environmental activist Johnny Gogan, the film spotlights the campaign undertaken by one small Irish community against powerful interests, the Trojan work (and righteous anger) of the wider anti-fracking movement, and the battle which led to the government’s recent decision to make Ireland the first country to ban the use of fracked gas.
World Premiere
Online: Fri 13 – Sun 15 November
Book Now

‘The Sheriff‘
Framed through the lens of the recent sheriff election in Frederick, Maryland, ‘The Sheriff‘presents an expertly crafted portrayal of endemic polarization in contemporary US politics. The fierce electoral battle between conservative incumbent Chuck Jenkins and moderate Democrat Karl Bickel not only provides a broad analysis and sterling entertainment, but illustrates the profound chasm that is reflective of wider American society, and is particularly poignant within the context of the country’s current controversies surrounding policing.
Online: Mon 9 – Sun 15 November
Book Now

‘Irish Shorts 3: Eerie Irelandia‘
There are strange and unsettling things happening throughout the land and they’re captured here in tales that are suspenseful, horrific and even hilarious!
Online: Mon 9 – Sun 15 November
Book Now

‘Irish Shorts 5: Stories from Cork‘
Insightful documentary, suspenseful dramas and comic tales that take you from a Cork City pub on Christmas eve, find you floating over Glengarriff, hanging over the Atlantic in Dursey and dropped into an 18th century field in West Cork.
Online: Mon 9 – Sun 15 November
Book Now

‘Irish Shorts 5: Stories from Cork‘
Insightful documentary, suspenseful dramas and comic tales that take you from a Cork City pub on Christmas eve, find you floating over Glengarriff, hanging over the Atlantic in Dursey and dropped into an 18th century field in West Cork.
Online: Mon 9 – Sun 15 November
Book Now